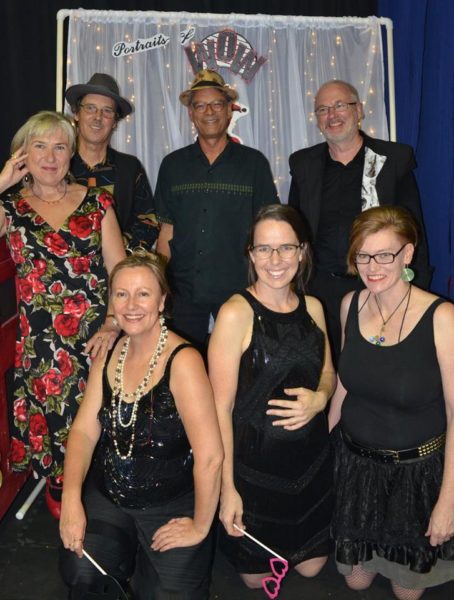 Fran is the current WOW Vice Chair. She is a graduate of NIDA (National Institute of Dramatic Arts), a street performer and the recently retired Head Teacher of Drama at Wollongong High School of Performing Arts. Fran has fallen easily into a relatively new role of playing grandmother to little Josie.  A very versatile and talented woman, as well as serving on WOW’s committee and at times as a trainer for the Performance class, Fran is involved in a number of other educational and community groups. These include Speech and Drama, Illawarra Film Society and a couple of community bands.

Gabrielle is a local Visual Arts and History teacher, who has worked across government, private and ‘alternative’ schools as well as UNSW and various museums and galleries. She loves to combine her skills in artmaking with storytelling and has taken her storytelling to playgroups, pre-schools, the classroom even as far as dinner parties. Gabrielle joined Circus in 2017 after being lured in by Angela to be part of the Performance Club, just in time for an International Women’s Day gig in Wollongong. Since then, she has found Stilts classes to be her new thrill. Thrown in at the deep end, Gabrielle’s enthusiasm and energy has helped the WOW committee which she joined at her first AGM. 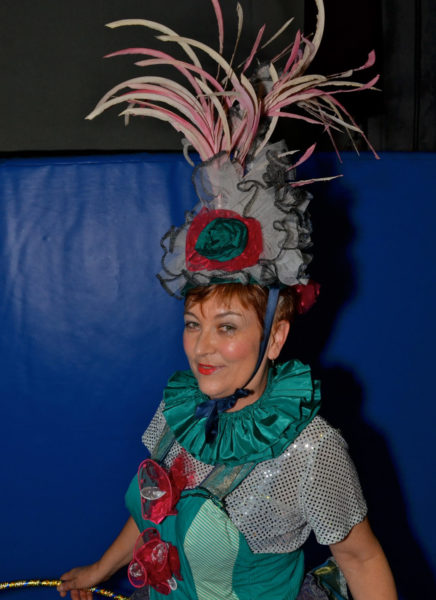 A trained screen printer with Redback Graphics and mosaic artist Sharon has been a supporter of and contributor to the cultural development of Wollongong for many years, recently helping to organise the Love, Art, Music, Politics festival at Mt. Keira. She is also a seasoned social and political campaigner who has been involved in many campaigns such as those to improve the rights of women, the unemployed and refugees. Her daughter’s interest in circus classes many years ago alerted Sharon to the presence of WOW. However in wasn’t until 2015 that she joined a hoop class and became an active member. She has since joined the performance group but hoops are still her first love. 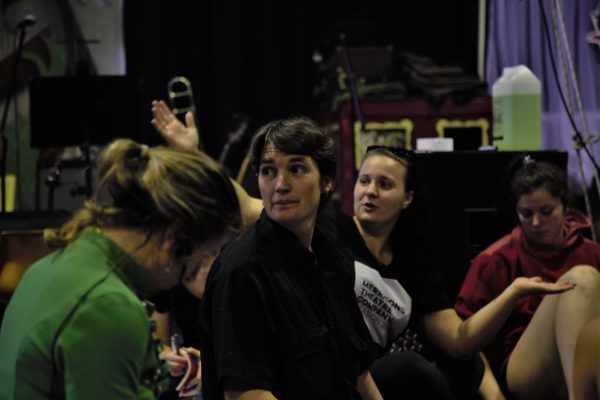 Jane has been a WOW woman since the beginning of time and for the last 18 years she has lived and breathed circus. Multi-talented, Jane developed a wide range of circus skills specialising in aerials and acrobalance. She can teach everything! Jane was the original teacher when WOW began classes for children. These quickly proved to be very popular and christened Half High. When Half High went to Circus Monoxide, Jane followed and was the Director of Circus Monoxide for a number of years. Jane’s hours of teaching then reducing greatly as she covered all the administration needed for a professional circus company, a move of premises and a changing world. Since having her children, Jane has continued teaching at both WOW and Monoxide. Over the years Jane has directed many acts and shows for both companies including I wanna be, And imagine…, One Really Big Circus Show, and recently, The silence we carry and Portraits of WOW.

Haley has been a member of WOW since 2013 although she has been doing circus since 2010, with breaks for having her two children. A trained high school Science teacher, Haley is currently studying Psychology at university and doing some volunteer work. Haley’s interest is in aerials. She began doing mostly trapeze but has since found her real love is for lyra. Haley’s first performance in the Portraits of WOW show was an experience she’ll treasure. It showed her how ordinary women can work together to create something extraordinary, even if they don’t feel very confident about individual skill levels. 2018 was Haley’s first year on the committee where she took the role of Secretary. 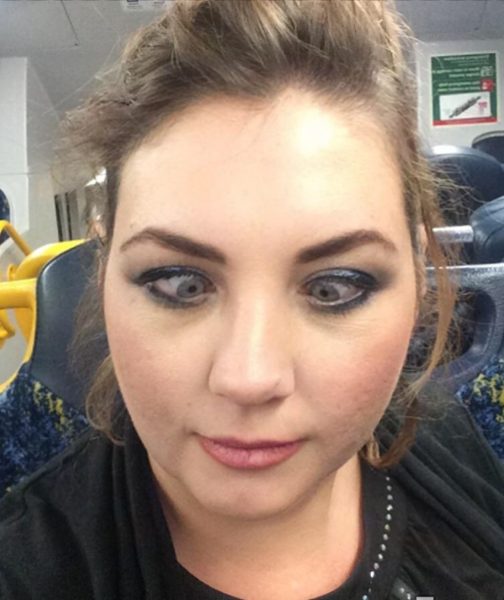 Ella, a professional bookkeeper, followed Circus WOW from afar for some time, getting the newsletter and sometimes seeing the women in action at community events and performances. When, in 2017, she offered to do the Circus WOW books in 2017 we were thrilled! It took a major challenge away from the committee, as we knew the management of our finances were in confident hands. Ella has not yet had the time to participate in many WOW classes yet but managed to get to a few hoop classes – and brought her Mum. She also managed to do a fantastic job catering at Portraits of WOW despite being hampered by injuries to both her hands! WOW women just do what needs to be done! 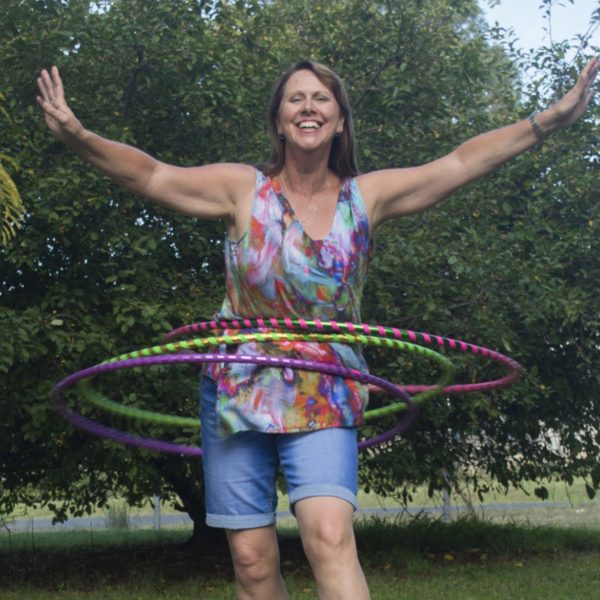 A long time fitness instructor, Di only discovered hoops at 54 when her body was broken and injured. She could no longer ride her horse or do the exercise she loved doing. Looking for an alternative form of exercise that she could do, she found hoops. Her first lessons were online, then she found Heidi Hillier, Hoopy Happenings with other teachers to help her hone her skills. Sheer concentrated and focused hard work has seen Di not only improve her hooping, but also her body. She swears by hooping as a way to strengthen core muscles, pelvic floor, balance, flexibility and general fitness….if you’re prepared to practice! Di began as a trainer for WOW in 2018 with a new day time Hoopovers class which combines some stretching with hoops with development of hoop skills. Di’s experience as a fitness trainer and as a person who has had injuries helps her to adapt the class for different individuals who have different physical challenges and needs. She also takes Di’s Hula Hoop Fun classes in the Wollondilly Shire where she lives. 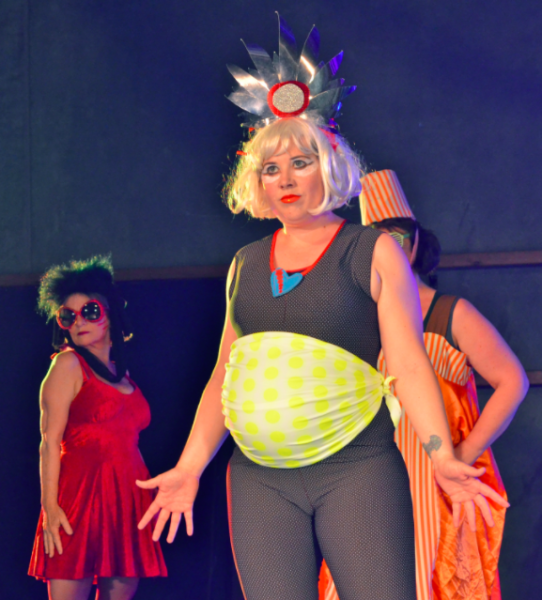 Since Ellen started at Heidi’s Hula Hoop class in 2009 she has been hooked! Being new in town, Ellen appreciated the Circus WOW community which provided a creative, exciting and dynamic group of new pals. Ellen enjoys the range of classes on offer and has tried a bit of everything. In particular, Ellen has loved performing, and highlights have been performing in the Petit Grande at Viva with the clowning and adagio groups in 2015, and as an aerialist in Shakespeare Fantasia in 2013, as well as a variety of duo and group hoop acts over the years. Notably, in 2016 Ellen performed at 8.5 months pregnant in One Really Big Circus Show – not even the excitement of that could induce labour on time! In the new phase of being a mum to Josie, Ellen continues to enjoy performance opportunities, and Josie seems to like being part of the act too. Ellen has been on the Circus WOW committee since 2010, and was President from 2012 – 2015. She was also part of the Strategic Planning focus group in 2016. Ellen is committed to Circus WOW as a women’s organisation, as it enables women to explore their physicality, strengths, creativity, and vulnerabilities in a safe, encouraging environment. 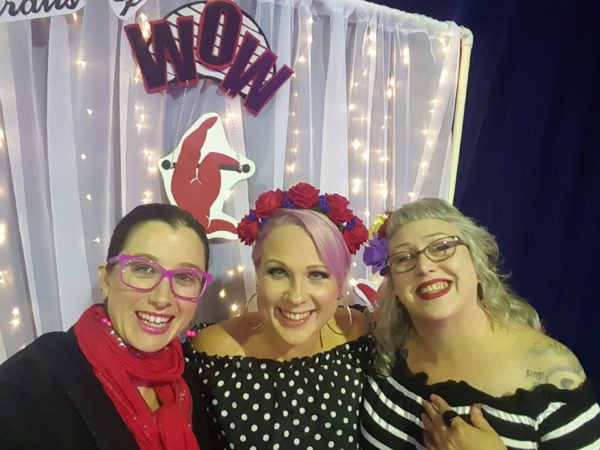 A WOWer from past years, Kim is in the Circus WOW Members Facebook Group. She noticed a comment about singing  and put up her hand to facilitate the brand new 2018 class, Acquired Taste. This is a  WOW vocal group, and Kim’s been working with them to discover what a ‘choir with a unique circus edge’ might actually look, and sound like. Pretty good if you ask those who saw their debut performance at Portraits of WOW, only 12 short weeks after the group first started! Kim loves singing and the joy that comes with it. She is from a family of singers and has sung herself in pubs and clubs. A mental health worker, Kim introduced singing into the rehab where she was working in Melbourne, and was stunned to see how well her clients responded. Singing gradually took on its own life in the program there, challenging even football practice. Her group was finally recognised by her employers who made it part of their official program. Fact: Singing increases magical powers…and improves both mental and physical health. 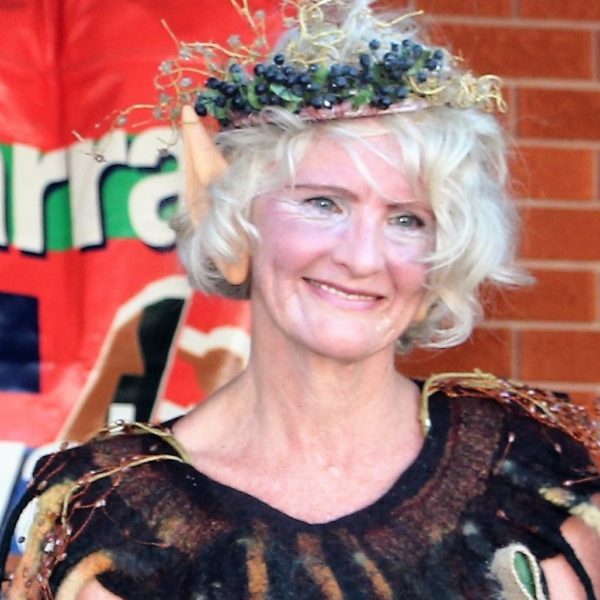 Libby is a multi-award-winning visual artist. She has long been involved in community work and projects, creating the Bubbles Ball which raised funds for breast cancer in the Illawarra.  She was also the the inspiration for the On the shore outdoor sculpture exhibition that was part of the Thirroul Seaside Festival. It was seeing the Stilt Mamas on really tall stilts pushing really high prams in the 2007 Viva la Gong parade more than 10 years ago that made Libby first go WOW! Aged 47, she joined the circus high life and is still one of the WOW stiltwalkers frequently seen at community events. Libby also does hoops, and loves to dance. As WOW’s Gigs Manager from 2012-2018,  Libby’s creativity can be seen in many details of gigs and costumes where she has a real knack for making a silk purse out of a sow’s ear, for example, a whole set of costumes out of old lampshades. In  addition to organising gigs, writing quotes and proposals, Libby has written grants for WOW. What thrills Libby the most about WOW is the combination of using her creativity and physical skills along with the friendships of working with other women to do amazing things.